Having joined in Falckon as Managing Director in 2013, Anıl Yamaner was appointed Chairman of the Board of Falckon as of 2018. He served for a similar role at Johnson Controls in Qatar as of 2011. He initially joined Johnson Controls in 2001 as a Sales Engineer and served in the Manager position from 2005 until 2011 with the responsibility for the sales branch in Turkey.

Having joined in Falckon as Operations Director in 2013, Ömer Akgün continues his duty as a Board Member of Falckon as of 2018. Ömer Akgün took part in a variety of positions within the fire-fighting sector in Turkey.

Ömer Akgün started his professional career with Holmes & Narver Services Inc., serving at the Ankara American Air Force Base in 1982. as the Fire Alarm Room Operator. After fulfiling his compulsory military service, he joined the Fire Fighting department of  TUSAŞ (Türk Havacılık ve Uzay Sanayii A.Ş.) in 1987.  Ömer Akgün took role in various firefighting positions at TAI Fire Fighting Department for 26 years and served as Fire Fighting Chef from 2001 to 2013. 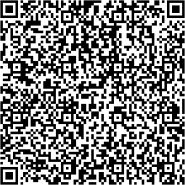 Falckon, the Warranty of Turkish Industry